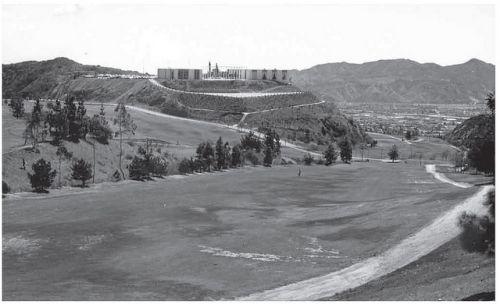 In 1959 DeBell Golf Club was established and opened to the public. 100 acres was donated by Southern California land developer, Joseph A. DeBell to the City of Burbank.

Joseph A. DeBell was a philanthropist, developer, humanitarian and California pioneer. He owned hundreds of acres of land that extended into the foothills of the Verdugo Mountain wilderness.

Golf Photo GalleryIn 1954, Mr. DeBell tended an offer of property to the City for the golf course. As of 1956, the City’s acquisition of land by means of gift, purchased and eminent domain amounted to approximately 1,008 acres.

In 1958, construction commenced for the 18 hole golf course (DeBell). The 18-hole "DeBell" course at the DeBell Golf Club facility in Burbank, California features 5,633 yards of golf from the longest tees for a par of 71. The course rating is 68.9 and it has a slope rating of 122 on Kikuyu grass. Designed by William F. Bell, ASGCA/William H. Johnson, ASGCA/(R) Richard Bigler, the DeBell Golf Course opened in 1959.

The original clubhouse, built in April 1970, had served its economic life and was functionally obsolete; therefore, an effort was undertaken to replace the building with a more updated and modern building. The total estimated cost to complete the new clubhouse in 2006 was $8 million.

On January 5, 2009 the newly renovated DeBell Clubhouse was opened to the public. The Clubhouse, which was designed in a craftsman style, features an art piece sculpture of a golfer in bronze commissioned by local Burbank resident Sheila Cavalluzzi. In addition to a newly renovated clubhouse, the DeBell Golf Course celebrated its 50th year anniversary as a Burbank Municipal Golf Course in June of 2009.

Make a little history of your own! Get a tee time for DeBell Golf Club today! 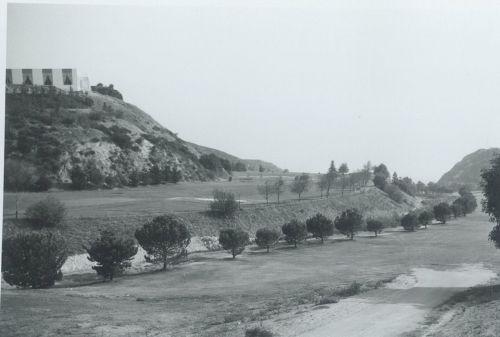 Although three men are credited with the design of DeBell Golf Club, the primary on the project was William F. Bell, ASGCA. Mr. Bell was a noted golf course architect, active from the 1920s into the 1950s.

Golf Photo GalleryBell studied agriculture at Duff's Business Institute in Pittsburgh, Pennsylvania. He moved to California in 1911, holding a series of golf jobs at the Pasadena Country Club, including caddymaster and course superintendent.

Most of Bell's courses were designed and built in Southern California. He is considered one of the most important golf course architects in California, with more than 50 courses credited to his work and design, and he designed and built courses in other Western states as well, including Nevada, Arizona, Oregon, and Hawaii.

Bell worked on golf course construction for architect Willie Watson, including serving as Watson's superintendent, before going into golf course design and development on his own in 1920.

Early in his design career, Bell worked closely with famous designer and fellow Pennsylvanian George C. Thomas, Jr., on courses which included the Riviera Country Club, often cited as one of the world's best courses. Although Thomas is listed as architect of record, Bell made significant contributions to many of the designs.

Bell served as a turf consultant to the U.S. Army Corps of Engineers during World War II, and was awarded a commendation by the Southern California chapter of the PGA, in honor of his work creating golf courses for wounded servicemen. He was a founding member of the American Society of Golf Course Architects, serving as ASGCA President in 1952.

A living, breathing testament to a bygone era of golf, you can come out today and play DeBell and enjoy what architect William F. Bell envisioned back in 1958.
Click here for tee times.

Ready to Reserve your Tee Time?